British brand Another Country has commissioned designer Ian McIntyre to create a series of pewter jugs and bowls to complement his original tableware collection for the label. 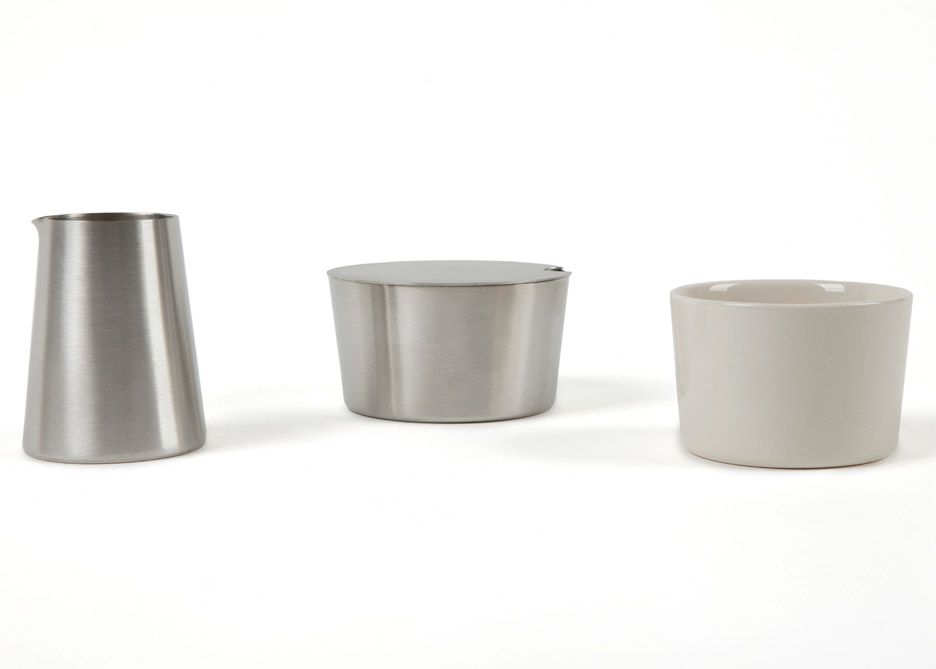 McIntyre first partnered with the design company when it launched in 2010, creating the Pottery Series that features jugs, bowls and cups in a range of different clays including terracotta, stoneware and porcelain. 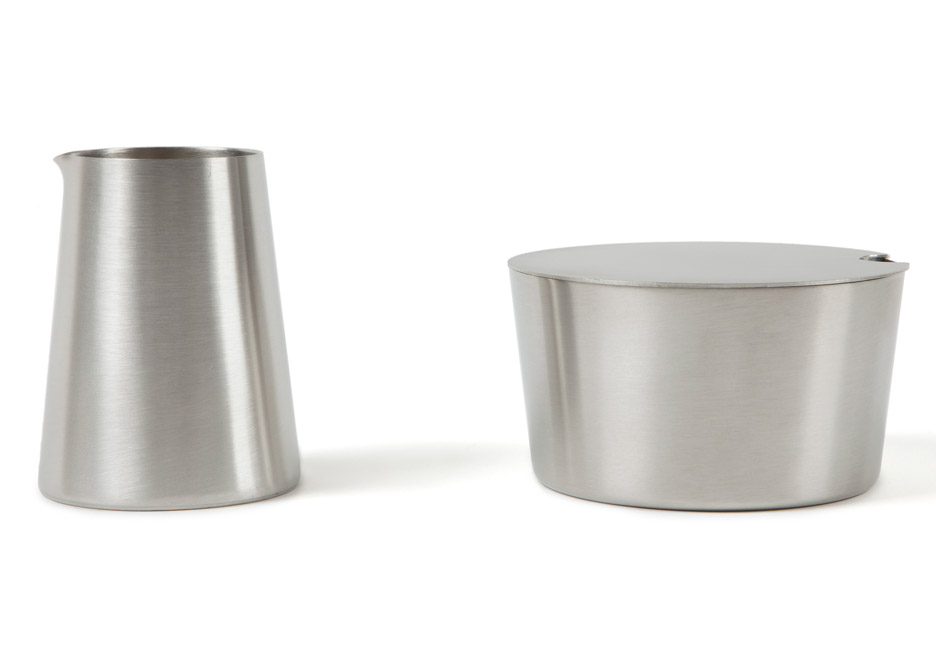 Now McIntyre has added to the range with a minimal pewter milk jug and sugar bowl, created to contrast and complement the existing collection. 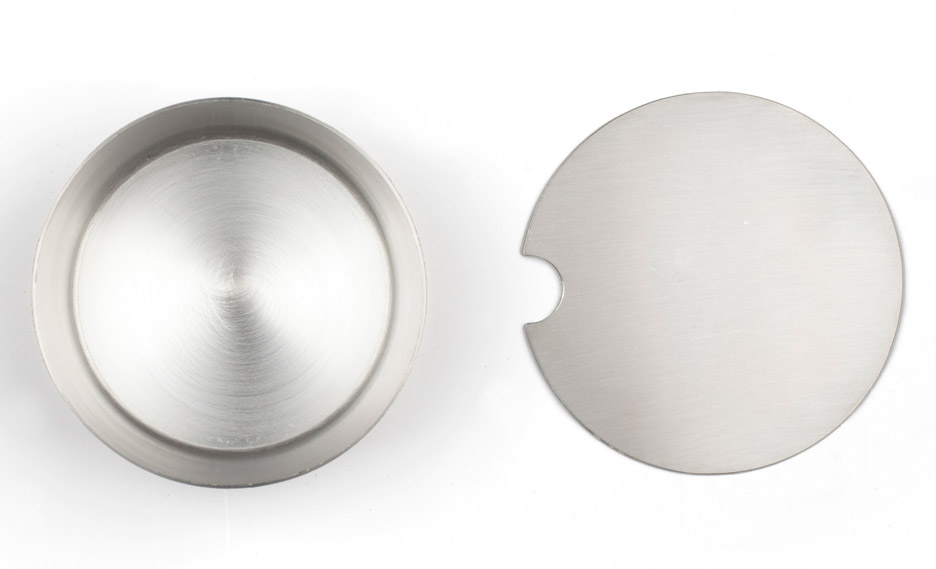 McIntyre – who has also designed products for Wrong for Hay – collaborated with British manufacturer Wentworth Pewter to produce the range, with a focus on using traditional techniques. 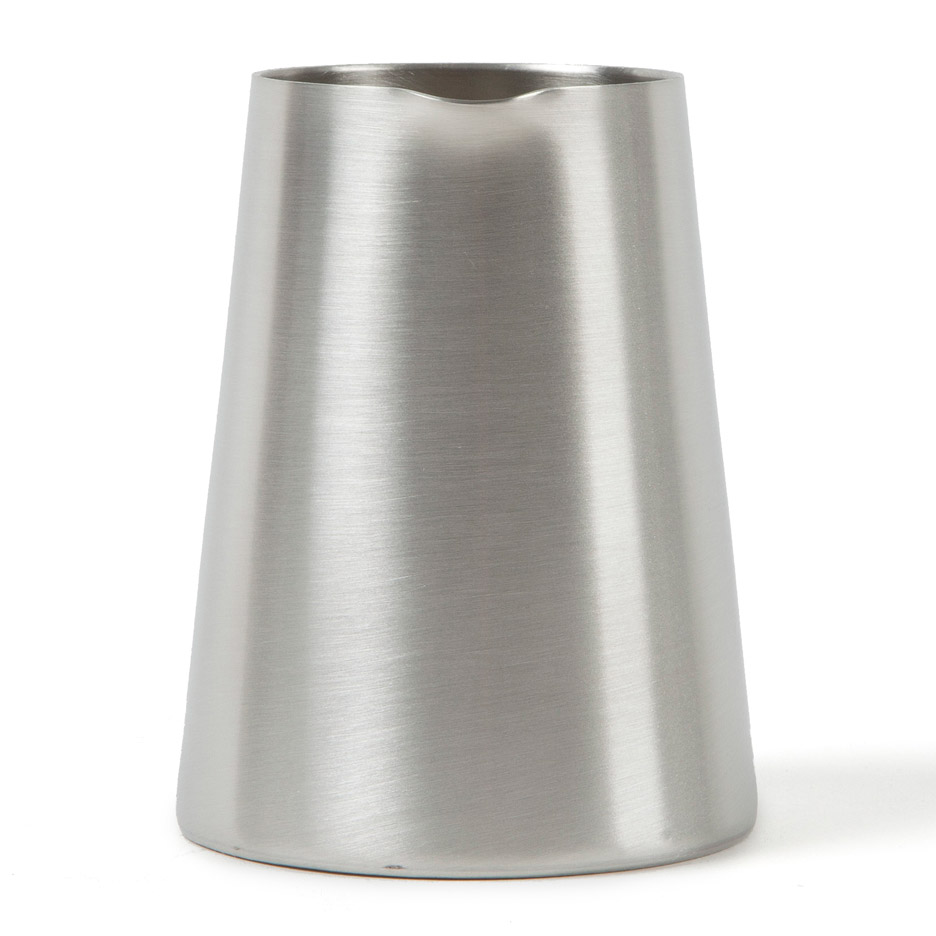 “The milk jug and sugar bowl were designed around my understanding of pewter as a material, incorporating some of Wentworth’s most refined craft skills including spinning, soldering, raising and brushing,” said the designer. 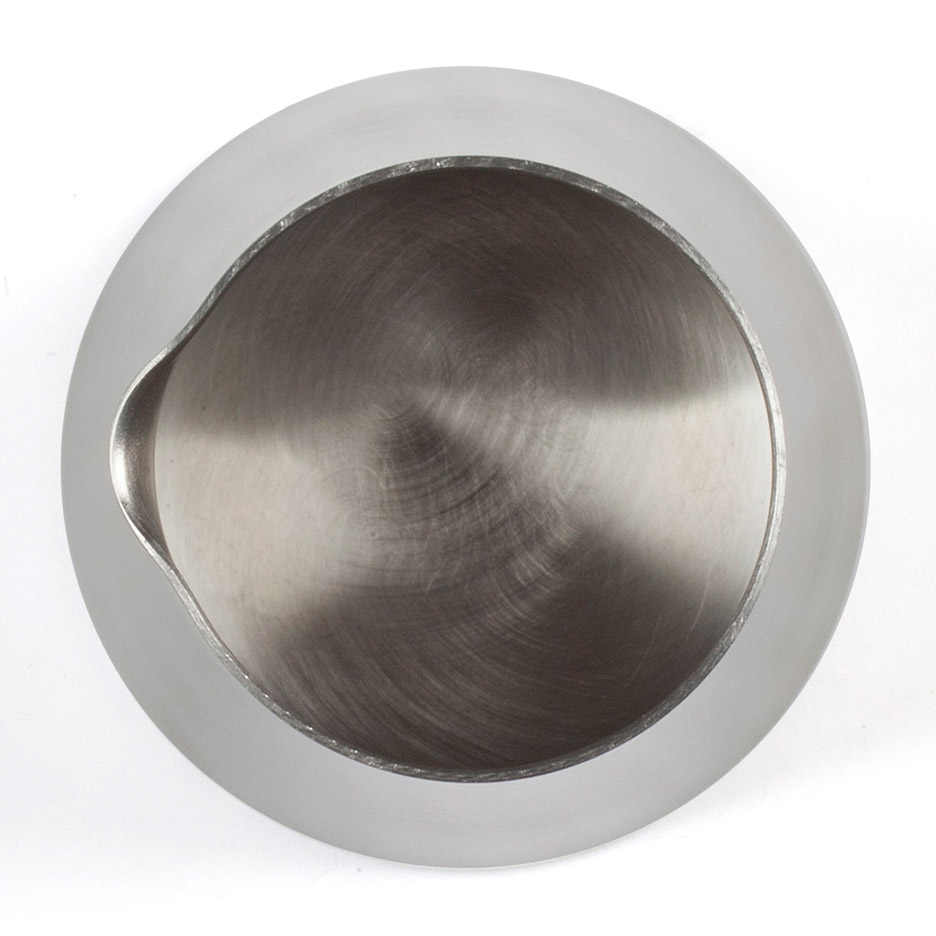 “But also making use of the newer technologies they have at their disposal, such as milling.”

The jug echoes the tapered shapes of its clay counterparts, and the sugar bowl features a flat lid with a small groove for the spoon to be rested. 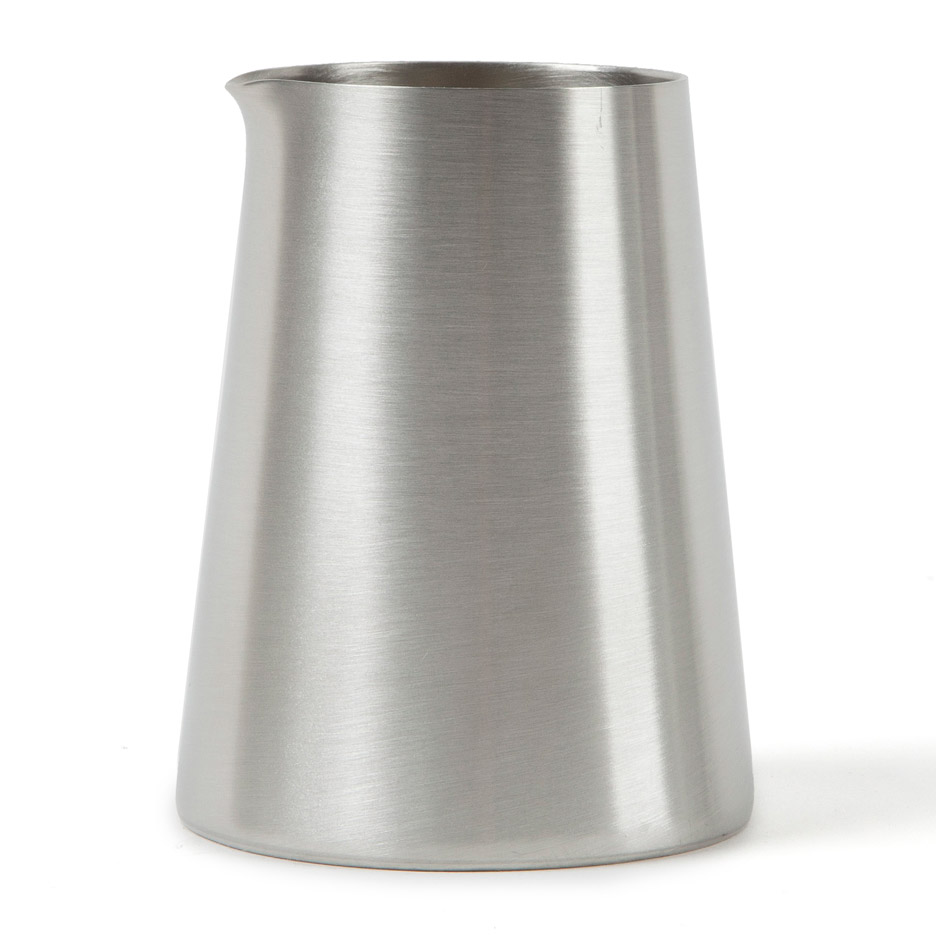 “Pewter as a material is new for us,” said Another Country studio manager Catherine Aitken. “Ian understood its properties and importantly had an existing relationship with the makers at Wentworth which gave us confidence we could produce a refined product.” 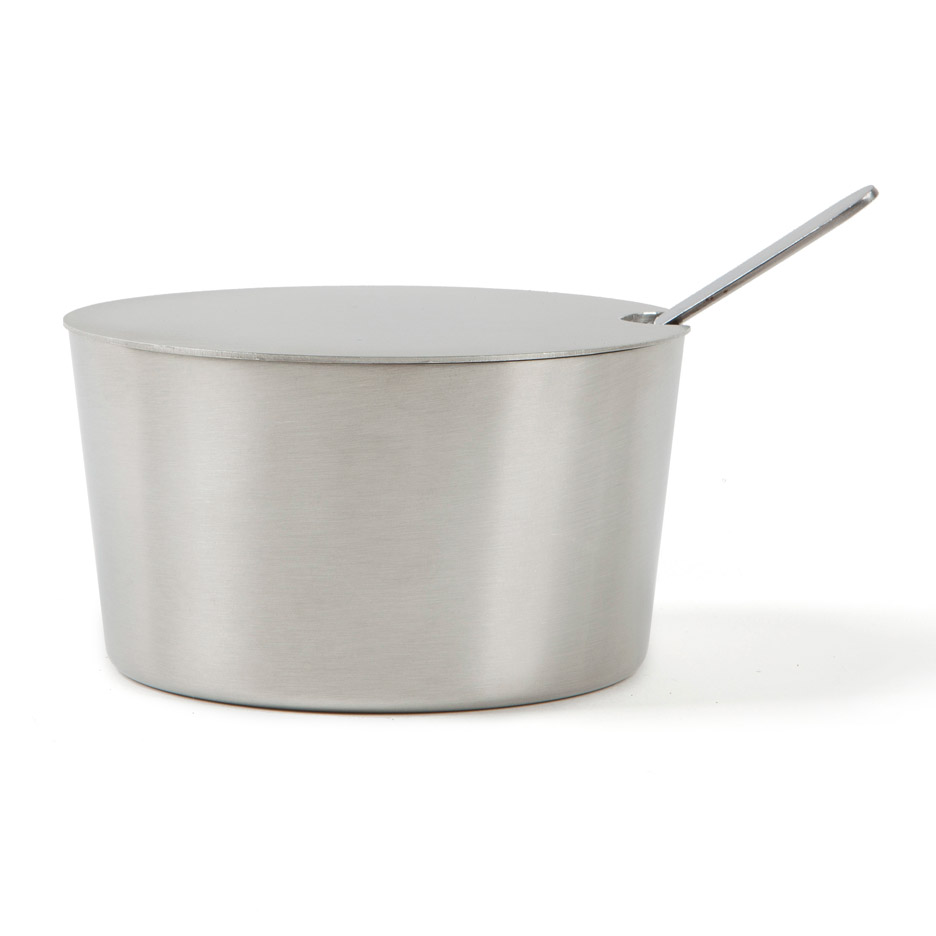 “We’re proud of the results and glad to work with a British manufacturer with such a strong heritage,” she added. 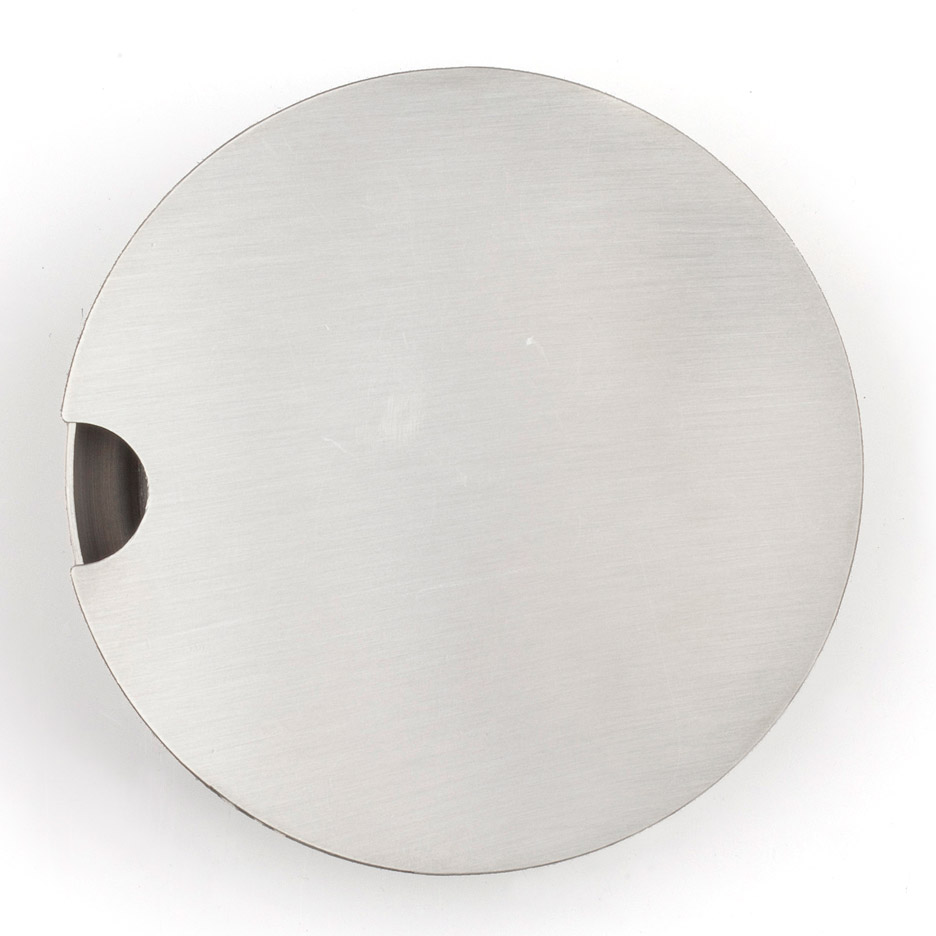 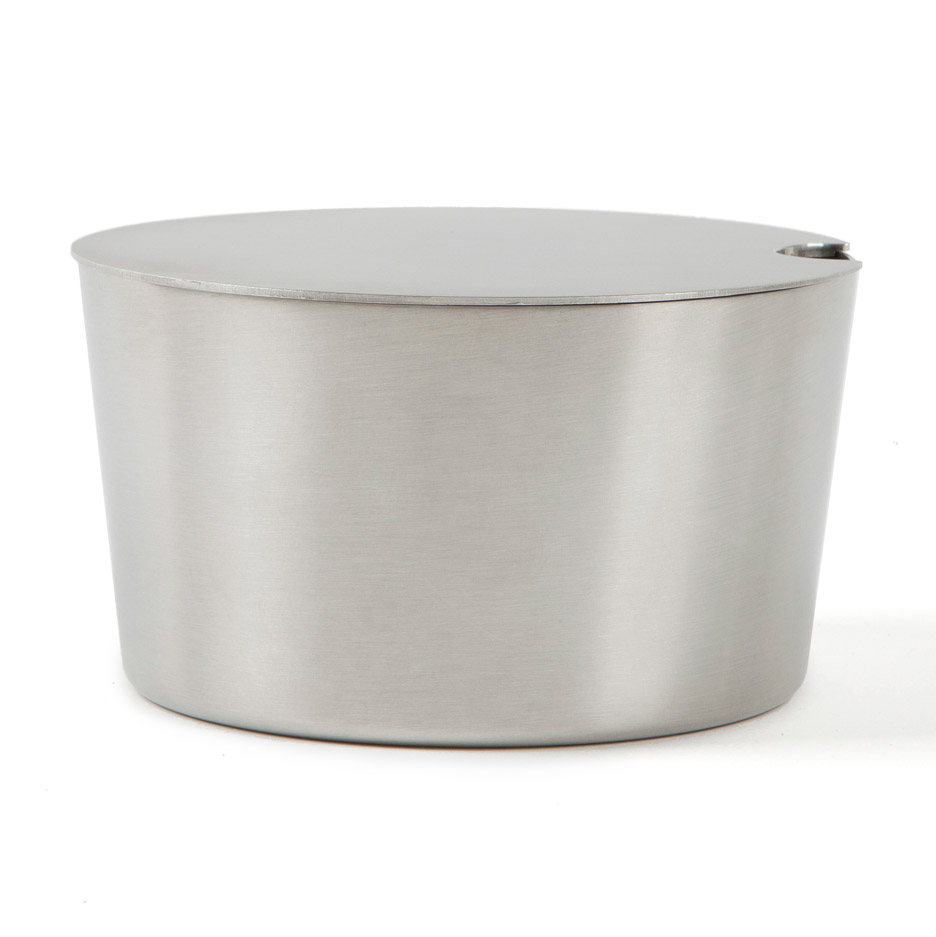